So Glad They didn't shut their door to their HEARTS! 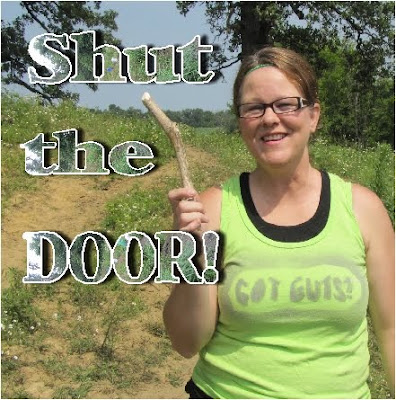 GOT GUTS: Our 5th annual camp that we just completed was a HUGE success! I'm so thankful that when the boys heard me say SHUT the DOOR several hundreds of times throughout the week that they didn't shut the wrong door, their HEARTS door. God showed up several of the nights but the night that my husband shared our son Curtis' story about a one night choice he touched 3 boys hearts in particular. One boy, rededicated his heart to God. He told me that he accepted Jesus into his heart when he was 7 but had never got baptized and wondered if he could be baptized. Two other boys prayed in their rooms with Jim and I, it was so special. Curtis' story is touching lives all over not just inside his walls but out here too!
The last day of camp.....which was yesterday, Sunday July 17, we ended with a Church service and invited the whole family out to participate. We had two boys that wanted to be baptized and at the end of the service we had a dad raise his hand and ask if he could be baptized with his son. He wanted to rededicate his life and had never been baptized so he joined in on the baptism. It was amazing! Enjoy watching......the way God opened up doors this last week in hearts at the Boys Ranch! He is AWESOME! Watch it HERE!
We are rejoicing after this awesome week!
Revelatians 3:8 "I see what you've done. Now see what I've done. I've opened a door before you that no one can slam shut. You don't have much strength, I know that; you used what you had to keep my Word. You didn't deny me when times were rough."
Please pray for all these boys as they go on to spread the word.....even when it may be rough!
Posted by MIracles Can Happen Boys Ranch at 1:53 PM No comments: