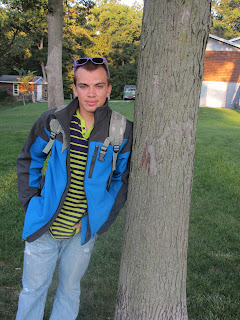 I know I just wrote about Dylan...however, he could use some prayer right now.  I don't know what it is about Jim and a boy from the ranch going to a pro game but last year Jim tore his bicep and could not go to the game and this year Dylan has a very sore hand.  He was playing football last night and got his hand smashed between two helmets and stepped on.  He and his parents were in the emergency room last night till wee hours in the morning and they said they don't see a fracture now but said it could show up later, so he is in a splint for now.  If it does not get better he will need to go in for a recheck.

So in saying all this pray for him so that he can still enjoy the game tomorrow in St. Louis.

Thanks again for all your support!

Posted by MIracles Can Happen Boys Ranch at 10:35 AM